6. Character Arcs: What They Are and How to Write Them

Find out more about our character arcs workshop

What is a character arc?

The journey a character takes through a story.

Even in plot-driven stories, characters can—and should—still arc. This is more interesting for the reader. Especially since most books are about people going through different or challenging periods of their life—usually they haven’t been through it before.

Readers want to be able to connect with characters, and a character arc helps them to do this.

There are four types of character arcs: positive, negative, circular, and flat.

Check out this blog post for a breakdown of each type of character arc.

Generally speaking, Hollywood hates anything that isn’t a negative character arc. Why? Because people love their happily ever afters and like things tied up in a bow. If you challenge that and they don’t expect it, they can respond negatively. So you have to tread carefully.

Negative, circular, and flat arcs are less common, but can still be effective.

Examples of this are well-known characters like James Bond and Sherlock Holmes.

Flat arcs are really good for offering a sense of stability, so they’re more common in secondary characters, or non-point-of-view characters.

We’re still interested in them because they have unique skills, such as Holmes’s deduction skills.

But even well-known flat characters are more interesting when they do arc, such as James Bond in Casino Royale.

These aren’t for everyone; if someone doesn’t get what you’re trying to do, it can lead to them feeling frustrated, like Ellie’s friend who didn’t like the ending of Gone Girl. They can be frustrating to read, but if you have the confidence and skills to pull it off, they can also be genius. So long as you’re not afraid to piss people off.

These are the least common. They lead to an unhappily ever after, and definitely don’t make for an uplifting read.

Some genres lend themselves to these more than others, such a literary fiction.

As we’ve already discussed, these are the most common because they leave the reader more satisfied.

Since most people read for escapism, it ties things up how we wish real life could be.

Never run out of ideas again

Do you want endless ways to add depth to your characters?

What about ways to flesh them out in a plot-focused genre?

With our DURABLE character framework, you'll never be stuck for character – or story – ideas again. It will fill you with the ingredients you need to write realistic characters you – and your readers – love.

Almost there! Check your inbox to confirm your download.

When you download your guide, you’ll also get access to our daily writing ingredients emails. They’re full of tips to inspire and motivate your writing process, wherever you are in your literary journey. If you decide they’re not for you, you can unsubscribe at any time.

Of course we should write to challenge people, since part of writing is to explore worlds outside of our own. But, honestly, most people want to know it all goes well in the end. It gives us hope.

It makes people believe that if your characters have a happily ever after despite everything they’ve been through, your reader, can, too.

The worst what your character goes through, the more attached readers to to them. Nobody likes someone whose life is really easy—they don’t have a reason to root for them, or to connect with them.

That’s why soap operas are so over the top—to build empathy and keep people watching. It also builds empathy between the watcher and the characters. The setup is similar to their own life, but their own life isn’t nearly as dramatic. So it’s cathartic, in a way.

This formula works for all genres.

And once you know the structure of a character arc, you’ll see them everywhere. Because tehy work.

To write a great story, you need to understand them. You can’t break the rules until you know what they are.

Rules are a lot easier to subvert successfully if you know what they are.

Discover the structure of a character arc, how to make it work for your genre, and weave it into your subplots in our upcoming workshop!

I want to write the best character arcs!

Can You Reprogramme Your Brain for Success? 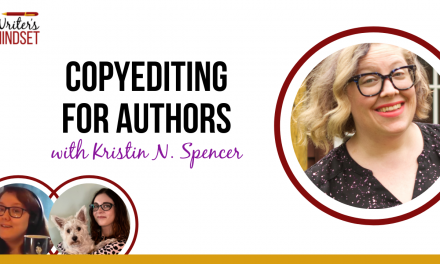