10 Things You Should Know About Young Adult Fiction

There are many misconceptions about Young Adult (YA) fiction. This post will clear up some of them, as well as offer some insight into the world of YA, whether you approach it as a reader or a writer.

It describes books aimed at readers between 12 and 18. This doesn’t mean that once you’re 18 you can longer read YA though: in fact,a substantial percentage of YA readership are adults (that is to say, 18+). So please, next time you go to a bookshop or library, please please don’t ask for YA recommendations without specifying if you want fiction, horror, fantasy, etc.

2. In fact, YA spans various genres. And by span, I mean it laughingly leaps over boundaries and mixes and matches genres like a crazed alchemist.

The beauty of Young Adult fiction is that you can borrow from any genre and create your own unique blend of writing. As long as it falls into the 12-18 age range, it will be considered YA.

(Maybe not too much…)

And have fun trying out different themes and conventions.

For example, The Testing is described as SATs meets The Hunger Games, so don’t be afraid of experimenting. You never know what you’ll end up with until you’re done writing.

3. YA can bend and break rules. Writing for young adults allows you to write about riskier subject matters. This is because young adults don’t adhere to social rules as much as adults do, so you can include all this within your text (if it’s relevant, of course).

Young Adult fiction can deal with suicide, teenage pregnancy, racism, cancer and love in ways adult fiction can’t. The teenage voice is so strong and flexible, it lends new eyes and perspectives to many themes.

Noughts & Crosses would be a completely different story if told from an adult point of view, just as The Perks of Being a Wallflower works precisely because it is told in Charlie’s voice. Teenagers aren’t children any more, and young adults are beginning to deal with more adult issues as they move away from their childhood.

Young Adult fiction documents this move, and lends the teenager a platform from which to be heard.

4. Adults can enjoy YA fiction too. As previously mentioned, a considerable amount of adults read Young Adult fiction. There are people for and against adults reading YA, but I think we should be entitled to read what we love. A controversial article by Ruth Graham states that ‘[a]dults should feel embarrassed about reading literature written for children.’ She feels as we get older, we should read literature that is more age-appropriate and sophisticated.

Young Adult literature can be just as sophisticated as conventional adult literature, and often, some themes or stories are more poignant because they are told in a younger perspective. Brother in the Land is a story that is powerful because it is aimed at young adults. The innocence and naivety through which the story is narrated, allows the story to be more touching than had it been written solely for adults. The same goes for The Boy in the Striped Pyjamas.

But in the words of Taylor Swift: haters gonna hate (ok, so maybe someone said this before her…).

So what if I’m 20+ and still browsing the Young Adult shelves? YA is relevant to us, because we were all once teenagers and we can still relate. Which brings me to my next point…

5. All adults were once teenagers.

Which is why adults are able to both read and write about teenagers. Aren’t we always told to write what we know? Well, we know what it was like to be a teenager and no matter what genre you’re writing in, if your book is aimed at Young Adults, your teenage experiences are always relevant. Even if you’re writing YA sci-fi, teenage issues will feature.

Take Harry Potter: even though he was busy thwarting the Dark Lord’s plans, his relationships and issues growing up were also dealt with within the text. It’s called multi-tasking. The fun in reading and writing Young Adult fiction is that you get to unleash your inner drama queen. For one, my teenage years were full of me blowing things way out proportion and let’s face it, most teenagers are self-absorbed, so use that to your advantage.

6. Teenagers should ALWAYS be at the forefront of YA books.

If not, it’s not Young Adult fiction.

Teenagers can feature in adult fiction, but adults can’t be protagonists in YA. It’s all about the teenager in YA (refer to the self-absorbed comment above).

There’s nothing that makes me cringe more than when people assume something is Young Adult or Children’s fiction just because it features characters of the appropriate age. Thematic is just as important, and that must always be age-appropriate. Let’s face it, how many teenagers can you picture reading a book about the adventures of a little old lady in an apartment building, no matter how young at heart she is?

You have to cater to your audience, which in this case is young adults. Teenagers like to read about teenagers, maybe a year or two older than them, but teenagers nonetheless. Children and teenagers will read up, not down. That’s not to say you can’t have any adults in your text (unless you’re Michael Grant, and it’s basically your driving plot point), but those adults must be in the background or sidelines. There’s nothing to stop you making the villain an adult, I mean, who as a teenager didn’t at one point think all adults were evil? Just me? Ok…Well, moving on. Your protagonist can have parents, teachers, etc. but, ultimately, the adults cannot solve the problems: the teenagers have to.

It’s all about teenage empowerment. *Cue fist in the air à la Bender*

7. First person point of view is prevalent, but not a necessity.

This is a common misconception about Young Adult fiction. First person does appear to be more common because of the intimacy and the instant connection with the narrator, but there is nothing stopping you from writing in close third person. One of my favourite Young Adult series, The Mortal Instruments, is written in the third person, so, as I said, first person isn’t a requirement.

There are pros and cons to both perspectives, but in the end it’s up to you how to tell your story. If you want to keep to one perspective and have your narrative strongly coloured by one character’s thoughts, use first person. If you intend to switch point of views more than twice, and want to take a small step back regarding the narrative and character’s thoughts, third person seems the better choice.

If you’re not sure how your story will work best, have a go at writing the opening in different perspectives and even switch tenses. You might discover a whole new and exciting way to tell your story!

8. YA is short, fast-paced and chatty. Young Adult fiction tends to be shorter than adult fiction, usually coming in around the 70,000 word mark. So perhaps more than other fiction, every word counts. Teenagers generally have a shorter attention span, so you have to keep the pace up and the interest high. There’s nothing worse than a YA book that lags in the middle. As a teen — and even now — I would’ve been one of the people to put the book down and lose interest. Which is a bad habit, I know, but it illustrates the fact that teenagers need to be hooked more than adults.

Adults are more likely to stick with a book that has a slower pace in order to find out what comes next. Teenagers are more about instant gratification, so keep the narrative immediate. Use the present tense if that helps. Teenagers want to know what’s coming next, and they want to know it now.

9. You need to read YA to write YA. No shortcuts. I am of the opinion that you must read to be able to write. To quote Stephen King: ‘If you don’t have time to read, you don’t have the time (or the tools) to write. Simple as that.’ (To read more, click here.)

This is a sentiment I completely agree with, not only in relation to Young Adult fiction.

By reading, you internalise the tools of the trade such as conventions, sentence structure and thematics.

That doesn’t mean you will read a crime novel and regurgitate all the necessary elements in the precise order, but rather that as you write, you are aware of what needs to go on the page. The order is up to you. As I said before, rules can be bent and broken, but you must know these ‘rules’ or conventions inside and out before you can experiment.

When it comes to Young Adult fiction, you have to be conscious of what’s working and what isn’t in the YA market. The older you get, the harder it can be to tap into your inner teenager and write in their voice. Sometimes reading a YA novel can trigger that voice. This doesn’t mean your own tone and writing style will be drowned out, but sometimes the best way to find your voice is to mimic and experiment and eventually your own personal style will emerge. Meg Cabot is a personal inspiration of mine. I started out mimicking her writing style and slowly, the more I wrote, the more I departed from her style and settled comfortably into my own voice. But I can still find small influences from her work in my own. Noticing those influences isn’t a bad thing as long as you’re aware of what you’re doing. Just because they may be teenagers, doesn’t mean they don’t appreciate good writing.

Don’t shy away from touchy subjects because you think your young adult audience won’t understand or relate to them.

Teenagers can tell when you’re holding back, and won’t appreciate the lack of confidence in their abilities. Young adults are called such because they have grown out of being children and are slowly reaching out towards adulthood. Talking down to them is the worst thing you can do. Be confident in their capacity as a reader to deal with your writing, and they will reward you by being loyal readers and recommending your writing to friends. Fan girls are a prime example of how enthusiastic teenagers can be about something they love.

Also, no preaching! If you want morals, read a fable. As writers we’re not here to answer questions, but rather to raise them. That doesn’t mean you have to deliberately squash all your beliefs and remove them from your text. This can come across as inauthentic, something else young adults will pick up on. Don’t be that ‘cool’ teacher who calls everyone in class ‘mate’ and ‘bud’ and tries to talk like ‘one of the gang’. Trying too hard can be as bad as not trying enough.

In an interview, when asked how she gets into a teenager’s mindset, Awkward. creator Lauren Iungerich said:

First of all, I usually speak like a teenager and I watch everything that teenagers watch. I also did a focus group with my old high school, and went and talked to 15- and 16-year-olds with my team of writers.

So listen to teenagers speak, read what they read, watch their shows and learn to think like them. Then, in your own voice, translate this into your own writing.

DON'T MISS THIS ONE: How to Write for Children

Enter your details below to receive your first tips in minutes. 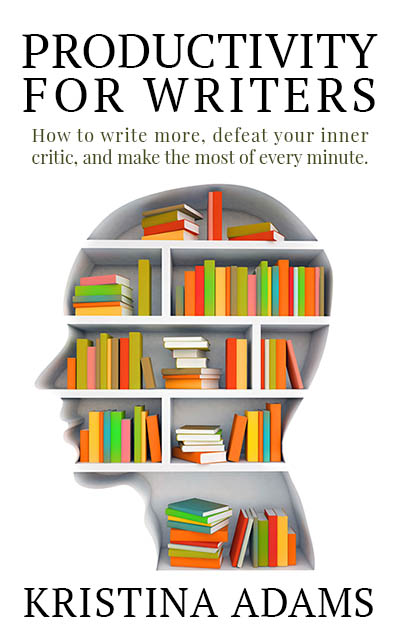 You can only solve your writer’s block when you know what’s causing it. Get to the root of yours with Productivity for Writers!!